Aligned Visions is dedicated to  publishing

We are proud to announce our first title: 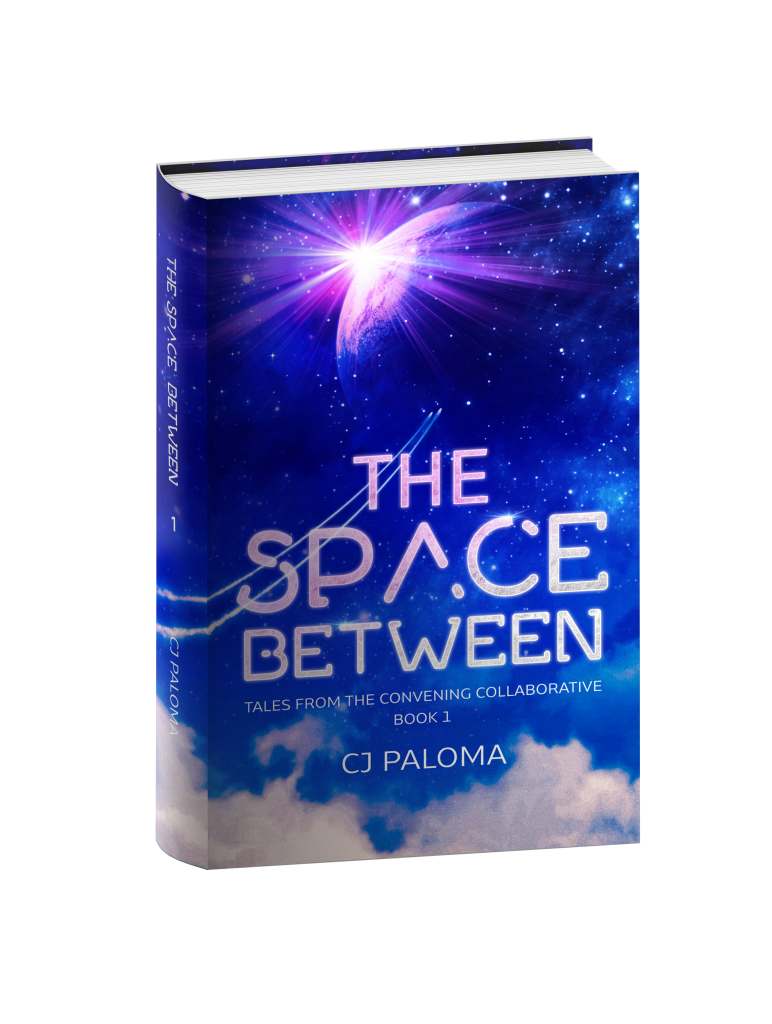 The Space Between is the first book in a planned series called Tales From The Convening Collaborative.

Welcome to the aware worlds of the known universes, governed by the Convening Collaborative.

CJ Paloma’s The Space Between is a fun, fast paced and engaging introduction to the gazillions of aware beings who live within the CC.  The book will also challenge readers.  Enjoy!

Note: neither the author, nor Aligned Visions endorses all the ideas or actions in the book. It’s a novel that explores some unorthodox ideas, some of which should emphatically not be tried at home.

The Convening Collaborative has received a request for help from a small, unlucky planet called Earth. The Earth is sick with a serious infection called MMR.

A ship from the CC’s fleet is sent to deliver medication to Earth. The medication will cure the MMR, but at a very large cost to the life forms on the planet. During the drop off, an accidental communication with a human occurs, triggering a series of unexpected events. Can the CC work with the human to come up with an alternative plan to help save Earth?

Digital copies will be free for a limited time.Download Page

If you don’t immediately receive an automated welcome email after filling out this sign up form, please send an email to mailinglist@aligned-visions.com

This will -eventually- be seen by a real human and we’ll get you set up!