The contrast is stark:
Seemingly out of the goodness of his heart, Trump steps into “save” industries that use low paid brown and black workers to kill and process other living beings. At the same time, he outright lies time after time about the availability of needed basic supplies to combat this pandemic. Trump refuses to authorize the Production Act for numerous legitimate needs that have been repeatedly requested by literally thousands of public health officials and ordinary citizens, but he uses it to order killing fields to continue on as if nothing were wrong, despite workers at these plants dying from COVID that they contracted while on the job.

Do we really need any more evidence at all that this administration is totally unhinged?  The solution is easy.  We need to take back the keys of the asylum from the real lunatics and install adults as leaders immediately.  Trump should be immediately imprisoned for the rest of his life.  It’s just so easy to see.

This “administration” from the start has totally ignored every bit of good advice health care experts and professionals have offered as they -in good faith- tries to negotiate us out of a pandemic that  already dwarves 911 so spectacularly, and will soon produce in lives lost a 911 each and every day as the pandemic rages on.

This is the exact kind of low brow horror movie shit I refuse to go see in the theaters, yet it plays out day after day in America in the 21st century.  Just like in the movies, the level of insanity is clear to see.  It’s overblown, juvenile, and hard to freakin’ believe it’s absurd.  And this kind of heartless, completely hubristic “thinking” by Trump and his cronies appears to be a bit over represented in one gender in particular.  I think we need to acknowledge that as a piece of the puzzle that we need to solve to get back to some semblance of sanity. Just sayin’. 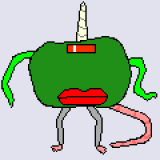 a pseudonym obviously. I'm not a professional designer and can't get the website to not show the author's name. Can't afford to hire a real web designer, so I'm stuck with using my wordpress name as an author on this site...

If you don’t immediately receive an automated welcome email after filling out this sign up form, please send an email to mailinglist@aligned-visions.com

This will -eventually- be seen by a real human and we’ll get you set up!